Risk-neutral pricing of European vanilla options amounts to a selection of the risk-neutral PDF of the underlying. When the price of the underlying security is real-valued, the most common choice of PDF is normal. We motivate the use of a logistic distribution as an alternative on both theoretical and empirical grounds. We provide supporting continuous-time and discrete-time martingales and use them to value some path-dependent options. In particular, we show how to price both an American call on a dividend-paying security and a naturally arising Bermudan-style option in closed form. 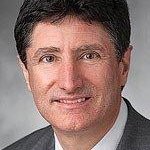 Dr. Peter Carr is the Chair of the Finance and Risk Engineering Department at NYU Tandon School of Engineering. He has headed various quant groups in the financial industry for the last twenty years. He also presently serves as a trustee for the National Museum of Mathematics and WorldQuant University. Prior to joining the financial industry, Dr. Carr was a finance professor for 8 years at Cornell University, after obtaining his Ph.D. from UCLA in 1989. He has over 85 publications in academic and industry-oriented journals and serves as an associate editor for 8 journals related to mathematical finance. He was selected as Quant of the Year by Risk Magazine in 2003 and Financial Engineer of the Year by IAQF/Sungard in 2010. From 2011 to 2014, Dr. Carr was included in Institutional Investor’s Tech 50, an annual listing of the 50 most influential people in financial technology.

In the 2 years Dr. Carr been FRE dept. chair, applications increased from 1,300 per year to 1,900 per year. The number of FRE Masters students in residence was the highest in any 2-year period. For the incoming 2018 class, current verbal GRE is 169/170 and GPA is 3.82. FRE moved up in Quantnet rankings both years. An online summer course was initiated last summer and an on-campus bootcamp will be initiated this summer. Six electives on machine learning in finance were introduced. The distance learning room will become operational this summer. 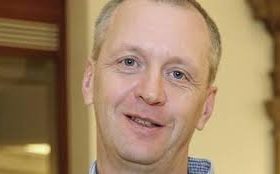 Jesper Andreasen is head of Quantitative Research at Saxo Bank in Copenhagen. Jesper has previously held senior positions in the quantitative research departments of Danske Bank, Bank of America, Nordea, and General Re Financial Products. Jesper’s recent research focusses on efficient and accurate methods for computing credit and market risk. Jesper holds a PhD in mathematical finance from Aarhus University, Denmark. He received Risk Magazine’s Quant of the Year awards in 2001 and 2012, joint with Leif Andersen and Brian Huge respectively, and is an honorary professor of mathematical finance at Copenhagen University. 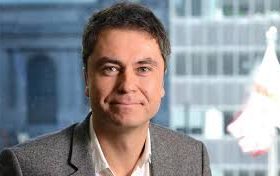 Alexandre Antonov received his PhD degree from the Landau Institute for Theoretical Physics in 1997. He worked for Numerix during 1998-2017 and recently he has joined Danske Bank as the Chief Analyst in Copenhagen.

His activity is concentrated on modeling and numerical methods for interest rates, cross currency, hybrid, credit and CVA/FVA/MVA. AA is a published author for multiple publications in mathematical finance and a frequent speaker at financial conferences.

He has received a Quant of Year Award of Risk magazine in 2016.

In this talk we introduce General Stochastic Volatility models, especially new SABR/ZABR type models. We outline methods for approximating option prices using Finite Difference methods and/or approximation formulas. We place the research into the existing context and show numerical examples. Furthermore, we consider another approach based on neural networks. Pricing and calibration is considered. In particular we introduce the CV (control variates) method for our General SV models. Finally, we consider generative methods in this set-up. 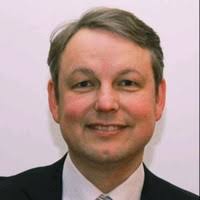 Jörg Kienitz is a partner at Quaternion Risk Management and owner of the Finciraptor website (finciraptor.de). He is primarily involved in consulting on the development, implementation and validation of models. Jörg lectures at the University of Wuppertal as an Assistant Professor and is an Adjunct Associate Professor at UCT. He has addressed major conferences including Quant Minds and WBS Quant Conference. Jörg has authored four books “Monte Carlo Object Oriented Frameworks in C++” (with Daniel J. Duffy), “Financial Modelling” (with Daniel Wetterau), “Interest Rate Derivatives Explained I” and “Interest Rate Derivatives Explained II” (with Peter Caspers).

His SSRN author page is https://papers.ssrn.com/sol3/cf_dev/AbsByAuth.cfm?per_id=744396″ 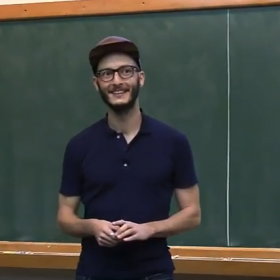 Julien is a senior quantitative analyst in the Quantitative Research group at Bloomberg L.P., New York. He is also an adjunct professor in the Department of Mathematics at Columbia University and at the Courant Institute of Mathematical Sciences, NYU. Before joining Bloomberg, Julien worked in the Global Markets Quantitative Research team at Societe Generale in Paris for six years (2006-2012), and was an adjunct professor at Universite Paris 7 and Ecole des ponts. He co-authored the book Nonlinear Option Pricing (Chapman & Hall, CRC Financial Mathematics Series, 2014) with Pierre Henry-Labordere. His main research interests include nonlinear option pricing, volatility and correlation modeling, and numerical probabilistic methods. Julien holds a Ph.D. in Probability Theory and Statistics from Ecole des ponts. He graduated from Ecole Polytechnique (Paris), Universite Paris 6, and Ecole des ponts. A big football fan, Julien has also developed a strong interest in sports analytics, and has published several articles on the FIFA World Cup, the UEFA Champions League, and the UEFA Euro in top-tier newspapers such as The New York Times, Le Monde, and El Pais, including a new, fairer draw method for the FIFA World Cup.

Be Part of
the Future of
Quantitative Finance
Learn More 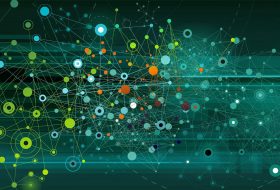 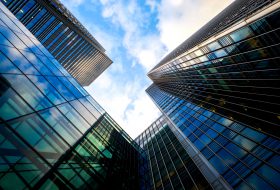